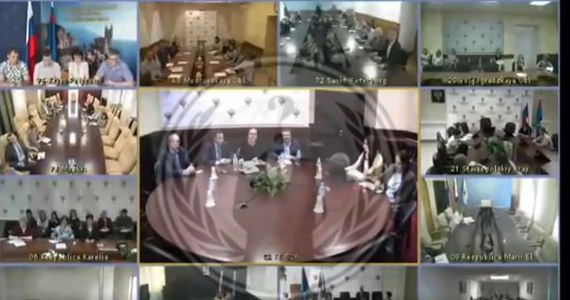 Hackers from the Anonymous group reported on Twitter that they had broken into the Kremlin’s surveillance. To confirm their statement, they released recordings said to appear inside the Kremlin.

The attack was carried out on behalf of Anonymous by a hacker from the group The Black Rabbit. They claim to have gained access to video surveillance cameras at the residence of the President of Russia.

“We won’t rest until we reveal all your secrets. You won’t stop us. We’re inside.” Underlined on Twitter.

JUST IN: Hackers (Thblckrbbtworld) working on behalf of #Anonymous gained access to the Kremlin’s CCTV system. They said: " We won’t stop until we reveal all your secrets. You won’t be able to stop us. & quot; We are now inside the castle, the Kremlin. & quot; #OpRussia #Ukraine pic.twitter.com/USezFd9IZB
– Anonymous TV (YourAnonTV)
April 6 2022

This is another attack by the group of anonymous hackers on Russia. In March, they said they had hacked Russian Central Bank data and threatened to release tens of thousands of classified files.

According to Ukrinform, hackers from this group started the Russian invasion of Ukraine More than 2,500 official Russian and Belarusian websites have been hacked And carried out unprecedented attacks on the sides of the Russian government.

See also  The police car hit my mentally ill father before the officer stepped on his head and left him in a coma
Don't Miss it The United States has indicted the Russian oligarch. His influence also reached Poland
Up Next GOG returns to its roots, CD Projekt introduces a new label