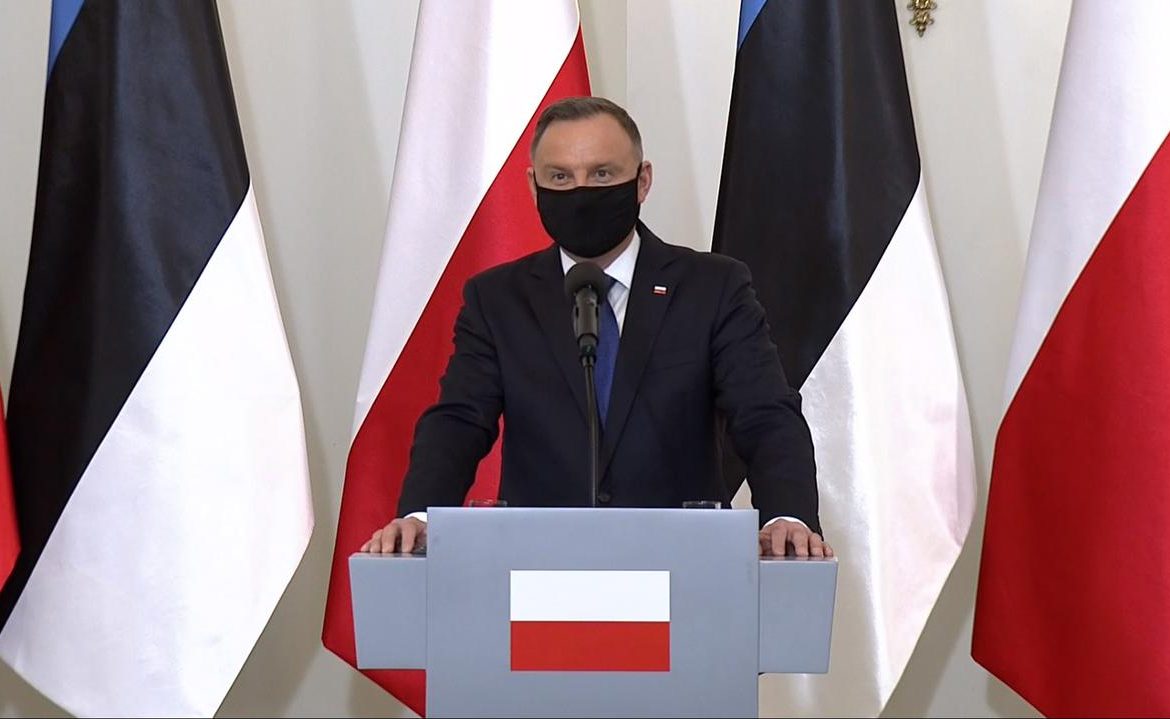 If the Polish ombudsman is expressing views of the international community about his country that are not supported by any objective facts that have nothing to do with reality and form part of a political struggle, I must say that I have serious doubts about his actual qualifications – President Andrzej Duda said Tuesday. Adam Bodnar warned in a recent interview that Poland could become “undemocratic”.

– If the Polish Ombudsman, who was elected two terms earlier by the Parliament of the Republic of Poland, today expresses the views of the international community about his country that are not supported by any objective facts that have nothing to do with reality, and constitute an element of the political struggle, which is what happens – of course in democracy – In our country, I must say that I have serious doubts about his actual qualifications, and that he should be able to perform this job – Doda said at the press conference on Tuesday.

In his opinion, “this proves that Parliament was elected” from two terms in office, in which a person was elected to the position of Ombudsman, “and he is the person who allows himself to speak about such provisions in a country where democratic elections are held which are absolutely indisputable.”

– It is a pity that Mr. Adam Bodnar, who announced such public slogans, which in my opinion is simply anti-Polish, and from a Polish point of view, anti-state, does not present any specific facts that would allow him to present this kind of thesis – the President added. .

As he asserted, the most painful thing for him as president is that he presents it internationally, which gives him a “very bad testimony”. – This indicates that the change of the Ombudsman in Poland is an urgent matter – said Duda.

In April, the Constitutional Court ruled that the provision in the law on the human rights defender, which allows the Ombudsman to perform his duties after the end of his term until his successor takes office, is inconsistent with the constitution. The term of current spokesperson Adam Bodnar expired on September 9, 2020. Law and Justice representatives have submitted a request to the court in this regard.

In May, the five-person Constitutional Court, headed by Kristina Pavovi, is set to decide whether the EU Court of Justice will impose so-called interim measures in line with the Polish constitution.

On May 1, Adam Bodnar gave an interview to Agence France-Presse, in which he warned that the Constitutional Court ruling could be part of a “legal policy”. At the same time, he drew attention to the “process of increasing disregard for the principle of the rule of European Union law” in Poland.

In his view, the Constitutional Court ruling in this case could lead the government to ignore both past and future rulings of the EU Court. Bodnar argued: – Each subsequent ruling of this type is not only a symbol, but also changes the borders towards a non-democratic state.

Bodnar said that the current Polish government “is trying to paralyze or control the successive mechanisms of power, one after the other.” According to him, since he assumed power in 2015, Law and Justice has “marginalized the role of Parliament, which is largely subject to the Constitutional Court, the Public Prosecution, the media, and some justice institutions.”

– I have the impression that the alleged settlement, compromise and dialogue were constantly required with the Polish government, which in reality did not achieve anything – Bodnar said. – In the meantime, the government used this time to introduce and strengthen the changes and intensify efforts to change the boundaries of the judicial authority (the executive branch – the editor) – said the Ombudsman.

According to his assessment, “Even if there was a reaction from the committee, it was too late.”

Don't Miss it The first day of the Matura exam in 2021 – Ministry of Education and Science
Up Next Brexit expelled the Poles. Record decline in the UK