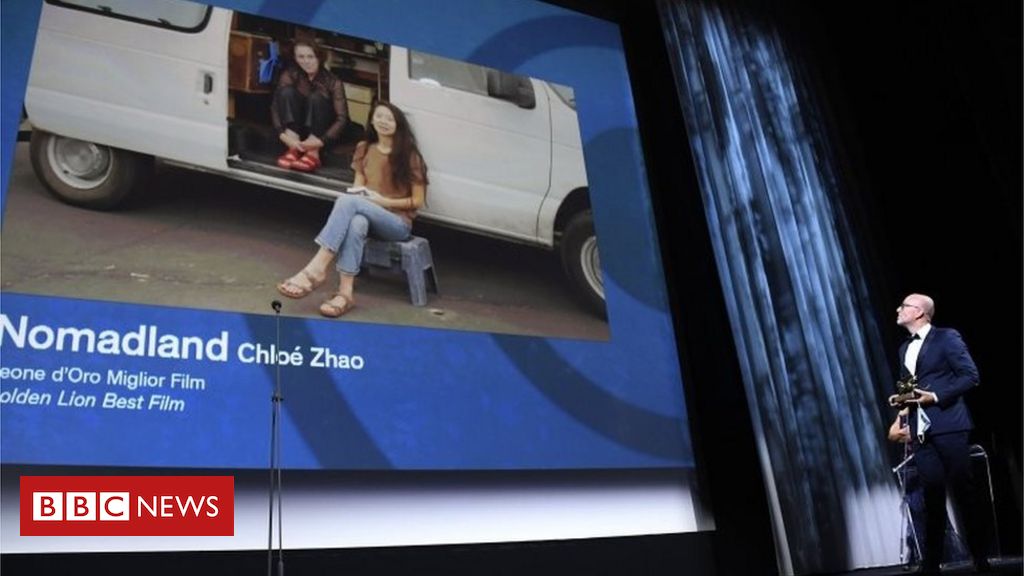 American film Nomadland won the Golden Lion at the Venice Film Festival, the first event of its kind to be held with live audiences since the Covid-19 outbreak.

The film, directed by Chinese-born Chloe Chow, stars Frances McDormand as a widow who lives as a nomad after the 2008 crisis.

The film “New Order” by Mexican director Michel Franco and the historical drama The Wife of a Spy by Japanese director Kiyoshi Kurosawa both won the Silver Lion Award.

Those watching movies in Venice cinemas had to wear masks.

About half of the seats at venues on Lido’s waterfront were left empty, and a few celebrities made the trip to the world’s oldest film festival.

Australian actress Cate Blanchett, who chaired the festival’s 77th jury, said the winner was chosen after “healthy and strong” deliberations by members of the jury.

Chow, the first woman to win 1st prize at the festival in 10 years, was McDormand speaking via Zoom from California.

McDormand said: “Thank you so much for letting us come to your festival in this strange, weird and strange world and path.”

She won the festival’s grand jury prize for Franco’s film, while Kurosawa won the best director award. They were jointly given silver lions.

Russian director Andrei Konchalovsky won the Special Jury Prize for “Dear Comrades,” a film about the massacre of protesters in the Soviet Union in 1962.

The annual gathering in the Italian city is one of the “Big Three” film festivals alongside Cannes and Berlin.

The Berlin Festival took place as scheduled from February 20 to March 1.

But the Cannes festival organizers – which had been scheduled for May – were forced to postpone the event due to the coronavirus outbreak.