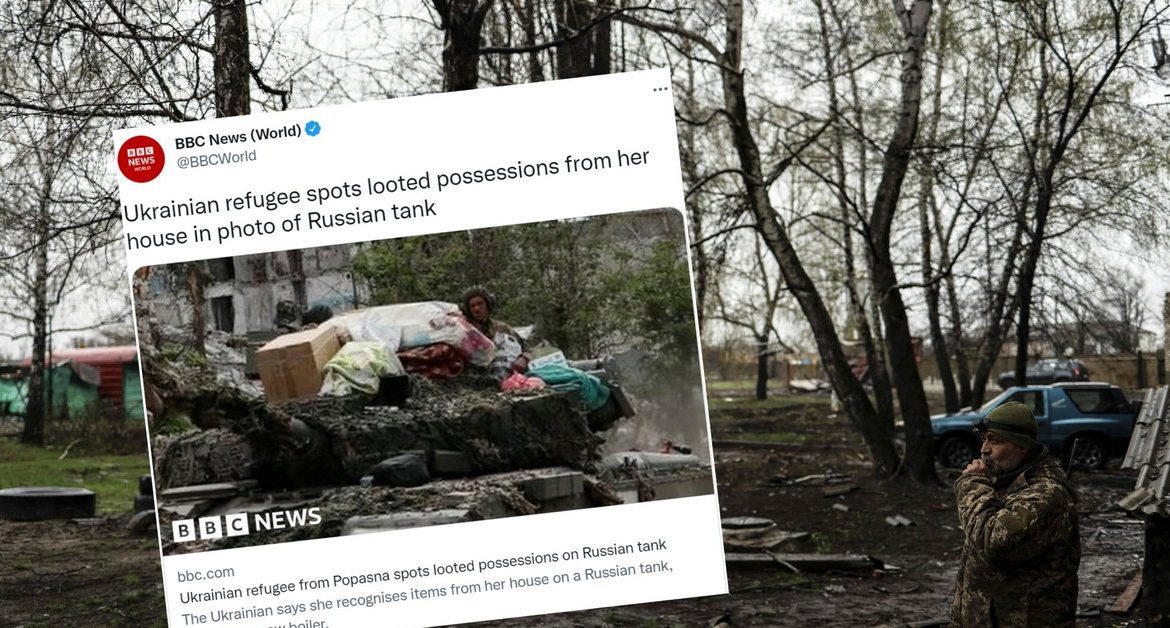 Alina’s family fled Popasna in the Luhansk region on the day the Russian invasion began Ukraine February 24. They left their homeland on April 8. They took so little, because they were even forced to leave the dog, which may have died at the hands of the occupant of the house.

Before the attack of the Russians, Alina bought a new boiler, but did not have time to install it. I noticed him recently in one of the photos from Ukraine.

The photo is from the end of May and you can see a tank running near the bombed-out apartment buildings in Popasna, Luhansk region. – A city controlled by the Russians since May 8. Alina believes that a photo taken from a street just five minutes from her home proves that she is another victim of looting by Russian soldiers.

And the first to notice the photo was her husband, who asked Alina: “Do you see anything strange in this photo?”. It turned out that on the Russian tank, marked with the letter “Z”, there was still a cardboard kettle, a tablecloth from their summer cottage, their children’s new bedding with Disney characters and their red blanket.

In an interview with the BBC, Alina said the sheets were clearly covering something she suspected was a TV or other electronic device from her home. But she was not surprised by this: “They stole everything they did not destroy.” – summed up. “We were expecting houses to be looted in Popasna, and we were told so many times” – She added.

See also  I heard a sound like a fast train approaching

Don't Miss it Krakow will compete in the American competition
Up Next Xbox Game Pass with new games for June. Microsoft has prepared 6 titles