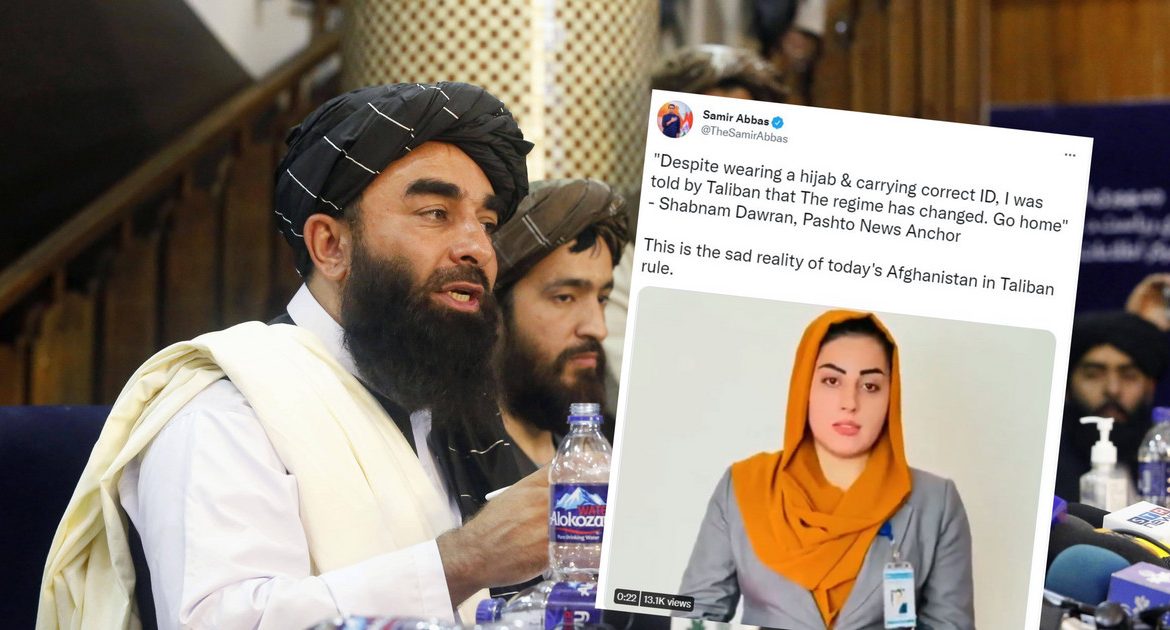 – If the world hears me, please help us, because our lives are in danger – said Doran in the video, with a shield on her face and a card identifying her as an employee of the RTA.

Bodran, who worked in public television for six years, stated that unlike her colleague, her male colleagues were allowed to return to work.

– I went to my office, but unfortunately I was not allowed to enter (…). I was told that I could not stay in my position because the system had changed – said the journalist.

The recording was forwarded on the web by, among others, Tolo News editor-in-chief Miraka Popal, who posted on Twitter a photo of her TV presenter the day before with the caption: “Today we started again our broadcasts with the presenters.”

Taliban spokesman Zabihullah Mujahid said on Wednesday that women’s rights will be respected under their rule. There will be no discrimination and women will be able to work and learn under the “fundamental principles of Islamic law”.

Another hardline representative, Inamullah Semanghani, called on Afghan women to join the new government on Tuesday. “Our Islamic emirate does not want women to be victims,” ​​he said.

Both Afghans and the international community are skeptical of these promises. AFP said there were reports of single women and widows forced by the Taliban to marry militants.

In Kabul, which the Taliban occupied on Sunday, pictures of women in display windows have been destroyed or painted. Residents fear reprisals despite claims by Islamist fighters to respect women’s rights.

See also  Belarusian domino. Internet supporters: We have prepared a plan. Victory is just around the corner | world News

Don't Miss it Afghanistan. The New York Times: The Taliban are hunting down the partners of the United States, the United Kingdom and NATO
Up Next This ad is very honest. Samsung has balls