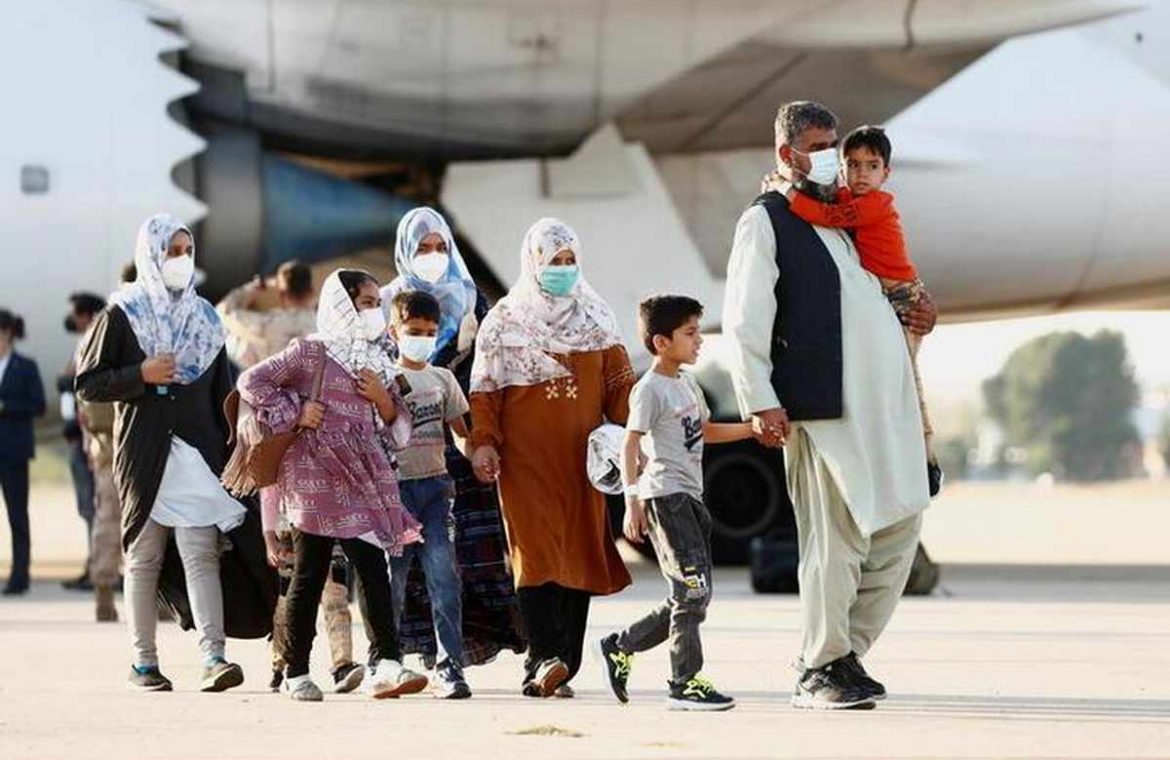 The US Department of Defense (Pentagon) said that the US military will continue to evacuate people from Kabul airport until August 31 if necessary, but in the past few days, the withdrawal of US troops and military equipment will be a priority.

The White House said Washington has evacuated 5,100 US citizens since August 14.

There are still about 1,500 US citizens in Afghanistan, and the US government has done its best to either contact them or give them instructions on how to get to the Kabul airport.

Acting Chief of Defense Staff Gen. Wayne Air said Canadian forces in Kabul completed the evacuation of their citizens and Afghans on Thursday.

He said Canada has postponed or facilitated the evacuation of nearly 3,700 Canadian and Afghan nationals.

The British Ministry of Defense announced on Friday that British forces have entered the final stage of evacuating people from Kabul and have closed processing plants.

The department said efforts would now focus on evacuating British nationals and other people who had already been allowed to leave and at the airport. No one else will be called to the airport for evacuation.

The UK has evacuated more than 13,700 British and Afghan nationals, the department said, making it the country’s second-largest air transport after the 1949 Berlin airlift.

Germany earlier said it had identified 10,000 people to be evacuated, including local Afghan workers, journalists and human rights defenders. A spokesman for the Foreign Ministry announced in Berlin on Friday that about 300 German citizens are still in Afghanistan.

More than 100 French citizens and more than 2,500 Afghans have arrived in France after being evacuated from Kabul Thursday evening, the French Defense Ministry said.

Italy said 4,832 Afghans had been evacuated from Afghanistan as of August 26. About 4,575 people have arrived in Italy so far. Italian Foreign Minister Luigi Di Maio told reporters that the Italian government expects the last evacuation flight to leave Afghanistan later on Friday.

Swedish Foreign Minister Anne Linde said on Friday that Sweden had completed an evacuation mission in Kabul. It added that 1,100 people, including all local embassy staff and their families, were evacuated.

Belgian Prime Minister Alexandre de Croo said on Thursday that Belgium had completed its evacuations. He said a little more than 1,400 people had been evacuated, and the last plane arrived in the Pakistani capital, Islamabad, on Wednesday evening.

The Irish Foreign Ministry said it has evacuated 36 Irish nationals after an emergency consular mission ended on Thursday.

About 60 Irish nationals and their family members are now known, as well as 15 other Irish Afghan nationals who remain in the country and have sought help, far more than originally assumed.

Polish Prime Minister Mateusz Morawiecki announced on Thursday that Poland has evacuated about 900 people from Afghanistan, including about 300 women and 300 children.

Hungarian Defense Minister Tibor Pinko said Thursday that Hungary has completed its evacuation in Afghanistan after airlifting 540 people, including Hungarian and Afghan citizens and their families who previously served in the Hungarian armed forces.

Denmark carried out its last evacuation flight from Kabul on Wednesday along with the rest of the diplomatic and military staff, according to the Defense Ministry.

As of August 14, Denmark has flown around 1,000 people from Afghanistan, including diplomatic staff, their families, former translators, Danish citizens and people from allied countries, the ministry said.

Austria does not operate its own flights and is dependent on evacuation from Germany and other countries. Foreign Minister Alexander Schallenberg told ORF on Wednesday that 89 people with Austrian citizenship or residency were deported by plane, and two to thirty others remain in Afghanistan.

Swiss Foreign Minister Ignazio Cassis said on Tuesday that Switzerland, whose evacuation efforts via Tashkent depend on Germany and the United States, has brought in 292 people from Afghanistan. There are still 15 Swiss in Afghanistan, but no more Swiss evacuation flights are planned.

The Dutch government announced Thursday that it has evacuated 2,500 people from Afghanistan until August 15, some 1,600 of whom have been brought to the Netherlands. The Dutch ambassador left on his last trip on Thursday. The Dutch no longer have a diplomatic presence in the country.

The Spanish government said Spain had completed the evacuation of personnel from Afghanistan.

Two military planes carrying the last 81 Spaniards from Kabul arrived in Dubai early Friday, according to a government statement. The planes also transported four Portuguese soldiers and 83 Afghans who cooperated with NATO countries.

As part of the rescue mission, Spain evacuated 1,898 Afghans who had cooperated with Western countries, the United Nations, and the European Union.

Turkish Foreign Minister Mevlut Cavusoglu said this week that Turkey had evacuated at least 1,400 people from Afghanistan, including about 1,000 Turkish citizens.

Qatar said on Thursday that it had helped evacuate more than 40,000 people to Doha and “evacuation efforts will continue in the coming days in consultation with international partners.”

The United Arab Emirates announced, on Thursday, that it has so far helped to evacuate 36,500 people, including 8,500 who arrived in the Emirates via airlines or local airports.

A government official said India has removed 565 people from Afghanistan, mostly embassy employees and citizens living there, as well as dozens of Afghans, including Sikh Afghans and Indians.

Australian Prime Minister Scott Morrison said on Friday that Australia had evacuated 4,100 people, including more than 3,200 nationals and Afghans holding Australian visas, within nine days, with the last scheduled flight departing from the airport before the attack. The rest of the evacuees were coalition members.

Morrison admitted that some Australian visa holders remained in Afghanistan despite not knowing the exact numbers.

Home Secretary Karen Andrews said Australia has committed to bringing at least 3,000 more people abroad as part of a humanitarian program in the coming months.

The government said the New Zealand Defense Forces had made three flights from Kabul, the last scheduled flight before the attack.

Don't Miss it Jaroslav Stoyarsky: Science and sport must be combined
Up Next United States of America. Ida approaches Louisiana. This may be the most powerful hurricane in 150 years. “I am original” | world News