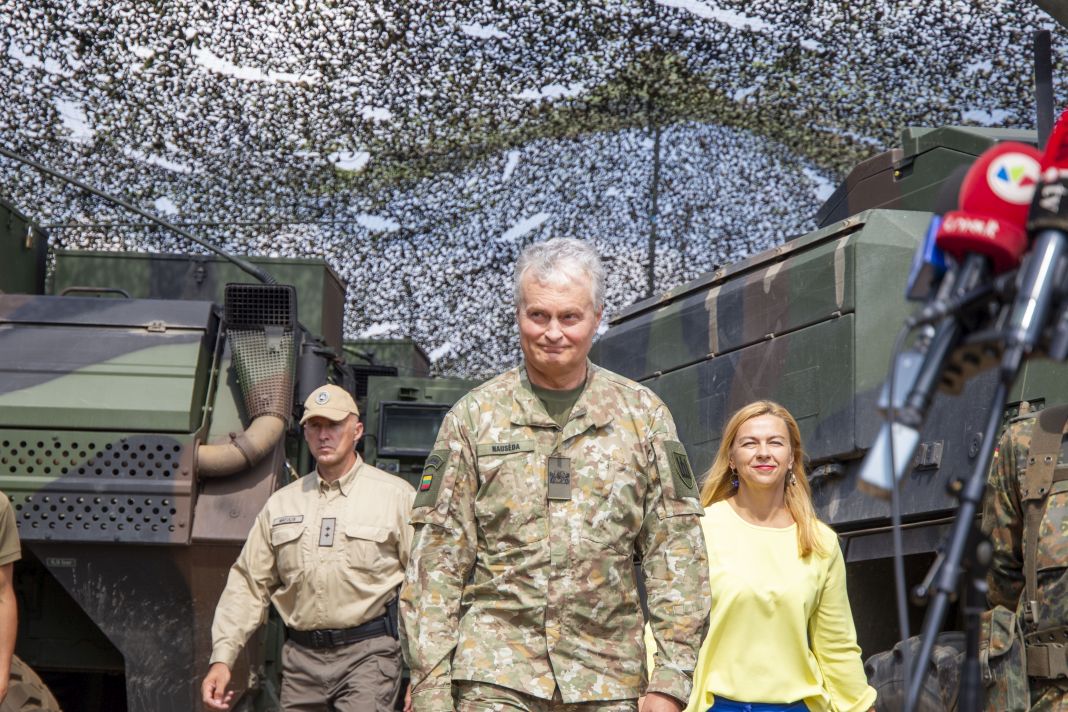 Last week, the main news in Lithuania were the president’s call for a change in EU immigration policy, excavations at a large synagogue in Vilnius and the Lithuanian company Civinity, which has signed a €6 million clean-up contract in Latvia.

On Monday, August 23, Lithuanian Foreign Minister Gabrielus Landsbergis called on the European Union for a strong response to the ongoing migration crisis allegedly fueled by Belarus. In a letter to the Union’s High Representative for Foreign Affairs and Security Policy, Josep Borrell, Landsberg called on the Union to take measures to protect the borders of the European Union from the artificial flow of illegal immigrants and threats from the European Union. So far, more than 4,100 migrants have come to Lithuania from Belarus without documents or permits this year, compared to 81 in all of 2020.

President Gitanas Nausėda on Monday 23 August called on Estonia, Latvia and Poland to work together to review the EU’s migration policy and raise the issue of financing the construction of a physical barrier on the border with Belarus. The office of the Lithuanian president informed that the heads of state and government discussed these issues during their visit to Kiev on Monday.

Lithuania does not grant subsidies to companies linked to Belarus

On Tuesday, August 24, Lithuanian Minister of Economy and Innovation Usrinyi Armonaitou announced that the Lithuanian government will not grant subsidies to Lithuanian companies that have close ties to Belarus and are at risk due to the political situation in the neighboring country and the strained relations between Minsk and. Vilnius. Armonaito said that some companies closely related to Belarus lack working capital, so the state is studying financial tools that can be used to support them. The Central Bank of Lithuania said last week that a trade break with Belarus or China would have relatively little impact on the Lithuanian economy.

The monument to the Soviet author must be removed from Vilnius

On August 24, the Council of Experts for the Protection of the Immovable Cultural Heritage removed the central monument to Petras Cryvka, an outstanding Soviet writer and political activist from the Soviet era, from the Lithuanian Register of Cultural Property. Vidmantas Bezaras, director of the cultural heritage department, says experts are still discussing the possibility of adding a place named after Cvirka to the registry. The monument will be removed soon.

Civinity Solutions, a subsidiary of Civinity, one of the largest facilities management and engineering groups in the Baltic region, announced on Wednesday the opening of the 25th University Hospital in the East. This is the largest public contract for cleaning services in Latvia – the company confirmed. It will start operating in October and employ more than 200 people.

14 Afghan families come to Lithuania Raseiniai. in a

Mayor Andrios Boutronis said the families of 14 Afghan translators who worked with Lithuanian forces in Afghanistan arrived in the western Lithuanian city of Rasinia on Wednesday, August 25. There are 14 minors and children in the families. They are all in the same building, but the mayor decided not to give any details about the type of building. Trumpets were isolated for 14 days. The Lithuanian government decided on Wednesday to accept up to 200 Afghanis and will donate about 600,000. Euro to cover their needs.

Swedebank of Lithuania raised its estimate for the growth of the Lithuanian economy for 2021 to 4.2% on Wednesday, August 25 as the economy grew faster than expected in the first half of this year, but the bank also received its estimate for 2022. Growth slowed to 3.5 percent in April, the site expected ” Swedbank expects the Lithuanian economy to grow by 3%. This year, 4.9%. the following. The bank indicated that the impact of the epidemic is now weaker than it was in the first waves as many companies and residents adapted to the situation.

Archaeologists discover the central part of the Great Synagogue of Vilnius

Archaeologists who carried out the excavations of the Great Synagogue in Vilnius announced on Wednesday 25 August that they had discovered the central part of it. The Vilnius Great Synagogue was one of the most important Jewish religious institutions in Eastern Europe and was known as an important Jewish spiritual and educational center that gave the Lithuanian capital northern Jerusalem. The Great Vilnius Synagogue was built in 1633 on the foundations of an older synagogue from the 16th century. The Germans burned the synagogue, flattened its remains, and built a kindergarten on it in the 1950s.

Lithuania’s central and municipal government received a total of €7.483 billion in budget revenue in the January-July period, €404.2 million (5.7%) more than planned, and €1.636 billion (28%) more than in the corresponding period from the previous year. The Ministry of Finance announced, Thursday, August 26

Lithuanian forces left Kabul before the outbreak of the disease

Lithuanian Defense Minister Arvidas Anushauskas said Thursday, August 26 that Lithuanian forces and the last group of Afghan evacuees left Kabul before an airport explosion in the Afghan capital on Thursday. Eleven Lithuanian special forces and several Afghan soldiers were evacuated on their way from Kabul to Lithuania.

Lithuania reported 634 new cases of coronavirus and six deaths from COVID-19 on Friday, August 27, the Office for National Statistics said. In total, 296,738 people have tested positive for COVID-19 since the beginning of the epidemic in Lithuania. The number of active cases has decreased to 6,994, so far in Lithuania, 4.20 people have died of COVID-19, including 24 who have been fully vaccinated. The total number of deaths directly or indirectly related to the Coronavirus has reached 9,201.

Don't Miss it What is life like in Great Britain after Brexit and Covid [wideo]
Up Next United States of America. teenage murders in california