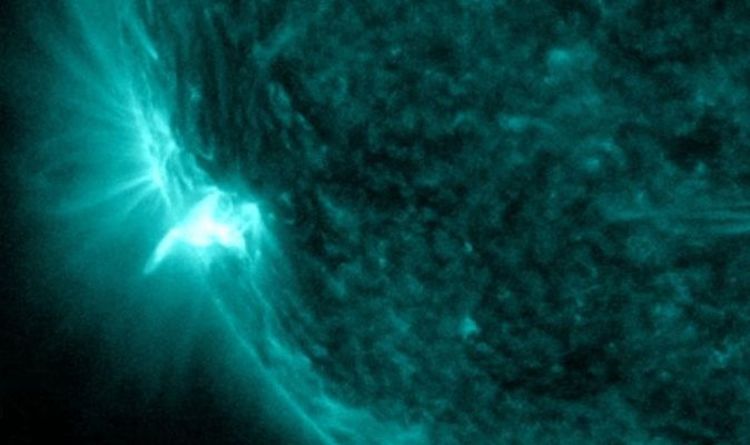 The sun is constantly releasing huge explosions of plasma into deep space. In this case, the particles emitted by the solar flare were directed directly at Earth, which led to technological problems on our planet.

As a result, when the flame occurred in the last hours of November 23, some radio frequencies were blocked.

Solar flares can be harmful to radio waves. When they strike the atmosphere, ionization occurs which drains the energy from the radio waves.

A video from NASA shows the impressive solar flare, as the sun appears to rise before exploding into life.

The explosion threw a column of plasma over 350,000 kilometers across the sun.

“A pulse of ultraviolet rays emitted from the glow struck the Earth, briefly ionizing the upper part of our atmosphere.

“This in turn caused shortwave radio blackouts over the South Pacific, including eastern Australia and all of New Zealand. The affected frequencies were below 10 MHz.

When solar particles bombard the atmosphere, they can cause the planet’s magnetosphere to expand.

As such, it makes it difficult for satellite communications to penetrate the atmosphere, damaging technologies such as cell phones, satellite television, and GPS.

A recent study from the Skolkovo Institute of Science and Technology in Russia said: “A large solar storm can cut off electricity, television broadcasting, Internet and wireless communications, resulting in large cascading effects in many areas of life.

According to some experts, the damage from such an extreme event could cost up to several trillions of dollars and restore the infrastructure and economy could take up to 10 years.

“Thus, understanding and predicting the most dangerous extreme events is of the utmost importance in protecting society and technology from the global hazards of space weather.”