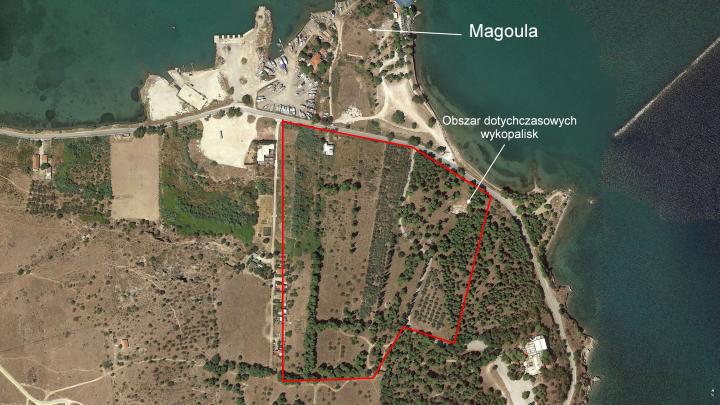 The rest of the settlement before more than 3.2 thousand. Years at the archaeological site of Pefkakia next to the city of Volos in Greece, among other things The research by the Greek-Polish team of scientists, which will take geophysical measurements there in July, aims to make a series of wells in September.

The site of Pefkakia is located in the coastal part of Thessaly, 1 km south of the city of Volos. This is a new field project implemented under the auspices of the Polish Archaeological Institute in Athens.

“The purpose of this stage of our research is to learn about the scope and nature of Hellenistic and Mycenaean architecture, to reveal pottery kilns using non-invasive methods, and to determine local geological conditions” – Dr. Bartłomiej Lis from the Institute of Archeology and Ethnology of the Polish Academy of Sciences, responsible for the project on the Polish side. On the Greek side, the director is Dr. Anthi Patzio of Eforat Magnesium Antiquities.

In July, geophysical research is carried out, which allows you to look underground without a shovel getting into it. They are used more often by archaeologists, because they often make it possible to learn about the layout of large settlements without making expensive and time-consuming excavations.

Non-invasive research is carried out by scientists from the Institute of Archeology and Ethnology of the Polish Academy of Sciences – Tomasz Herbisch and Robert Rendziewicz. The primary method used on site is GPR, in addition scientists use electromagnetic and electromagnetic fusion methods.

See also  Lodzky: Centenarians have grown in the region

The results of these studies will serve as guidelines for the planning of drilling sites that will be carried out by a team from Adam Mickiewicz University in Pozna under the direction of Jakob Nebzyczynski.

Mycenaean Pefkakia lies south of an artificial hill (Tilo, called Magoula in Greek) inhabited from the beginning of the Bronze Age to the Hellenistic period. It is not an area completely unknown to scientists. Thanks to the works of Anthi Patzio, it is known that there are remains of a Mycenaean settlement that operated between 1400 and 1200 BC, and had a commercial and productive character. Later, Hellenistic settlers appeared in the same place within the giant city of Demetriada founded by Demetrius Poliorketes. The name of the Mycenaean civilization comes from the center in Mycenae, where the most famous fortress-castle was built by representatives of this Greek culture. In contrast, the Hellenistic period lasted from 330 to 30 BC

The research is under the auspices of the Polish Archaeological Institute in Athens (belonging to Adam Mickiewicz University in Pozna), and its task is to promote Polish scientific achievements and culture and to coordinate the activities of Polish researchers in Greece. The institute was officially launched in 2021.

The research is funded by a grant from the National Science Center, which will also conduct extensive studies of the coasts of Thessaly in the Late Bronze Age.

Don't Miss it slag. The European champion is the best in Motuarina. Polish actor platform
Up Next Great Britain changes the rules for entering the country. From October 1, you need a passport – Wprost