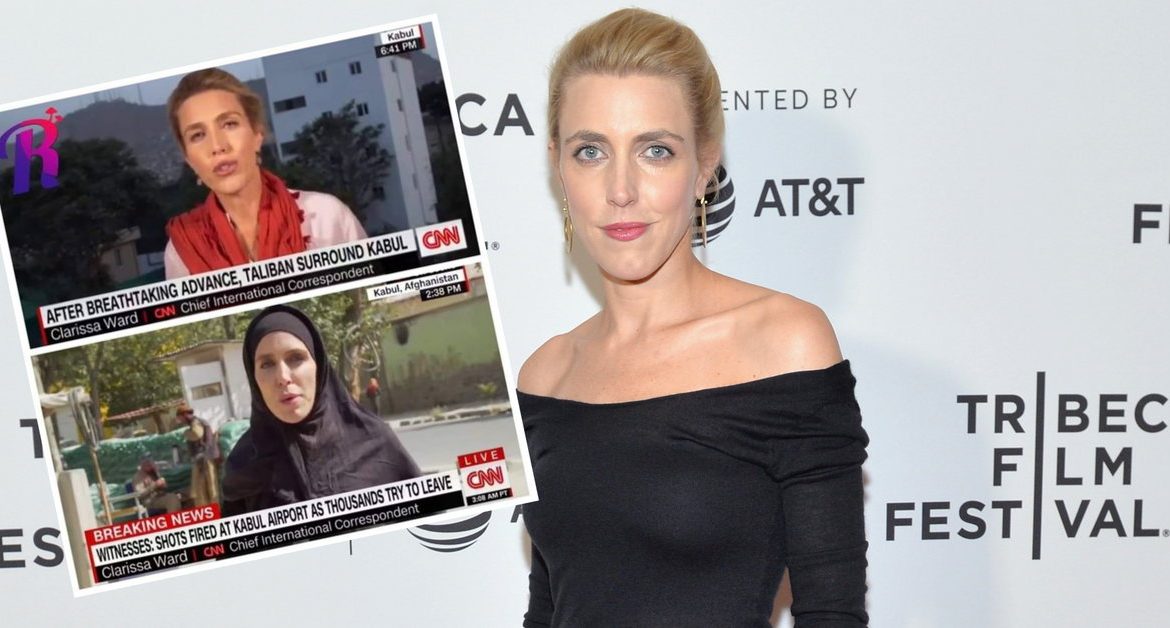 The Afghan Taliban entered Kabul on Sunday. Taking advantage of the withdrawal of the international military forces led by the United States, they took control of the country. The previous US-backed government collapsed, and the country’s president, Ashraf Ghani, fled abroad.

The country is in chaos. People in Kabul want to flee, and the city is in crisis – shops, banks and facilities are down. ‘They will kill us’ – Afghan director Sahra Karimi says in the video posted on social media.

Now the network circulated a photo of the reporter Clarissa Ward, who appears in the latest material wearing a headscarf. Although Taliban spokesman Sohail Shaheen declared that the women would be safe, they were wearing a traditional Islamic headscarf. “Our policy is to have access to education and work for women and to wear the hijab” – He spoke in an interview with the BBC.

The shot in which Ward covered her hair tightly, framed by another in which she appeared with her head uncovered. It started spreading on social networks as a symbol of the changes brought about by the new government in Afghanistan. It became so popular that the reporter herself finally spoke up.

“The meme is inaccurate,” she wrote on Twitter. As she pointed out, the photo with the head revealed was taken on private property. “On the streets, I always wore the hijab, even though I didn’t completely cover my hair and didn’t wear the abaya,” she explained. The abaya is an outer covering that resembles suede.

Clarissa Ward is an American television journalist who is currently the chief international correspondent for CNN. She previously worked for CBS News in London. Prior to joining CBS News, Ward was a Moscow correspondent for ABC News.

Don't Miss it Chaos in Kabul! The United States sends more troops
Up Next deserted detail. What is the game, why did the show fail and what can we count on?