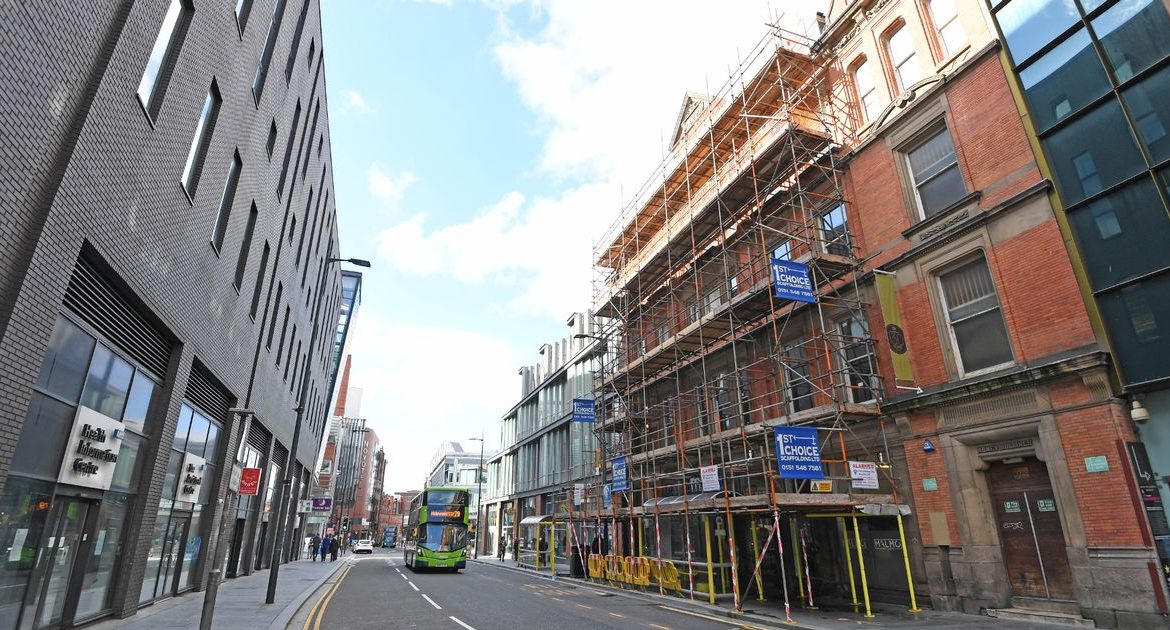 A 15-year-old boy died after falling from a multi-storey car park.

Emergency services were called into Hanover Street at 8.25 pm last night after reports emerged that a man had fallen from the roof of an area parking lot.

Police said today that the boy who fell died shortly after, despite efforts by emergency workers at the scene.

His family was told although the boy had not been officially recognized yet. The death is not believed to be suspicious and a file has been sent to the coroner.

A police spokesman said: “We can confirm that a 15-year-old boy from Liverpool died after falling from a parking lot on Hanover Street in central Liverpool last night (Saturday 3 October).

Emergency services were called to a parking lot on Hanover Street at 8.25 pm after reports of a man had fallen from the parking lot, but unfortunately despite their best efforts, he was pronounced dead soon after.

“The death is not believed to be suspicious and a file has been sent to the investigating judge,” he added.

“Relatives have been spoken, and specialized officers are supporting the family at this tragic time. The official identity has yet to be determined.”

Keep up with crime in your area by adding your zip code below:

Get all the headlines, photos, analysis, opinion, and video about the stories that matter to you.

We’re also on Facebook / theliverpoolecho You should see news, features, videos and photos throughout the day from the European Commission’s Humanitarian Aid office in Liverpool

Don't Miss it The Royal Opera House sells Hockney’s board to raise money
Up Next Nest Audio is Google’s new home speaker. 7 things to know about the upcoming device