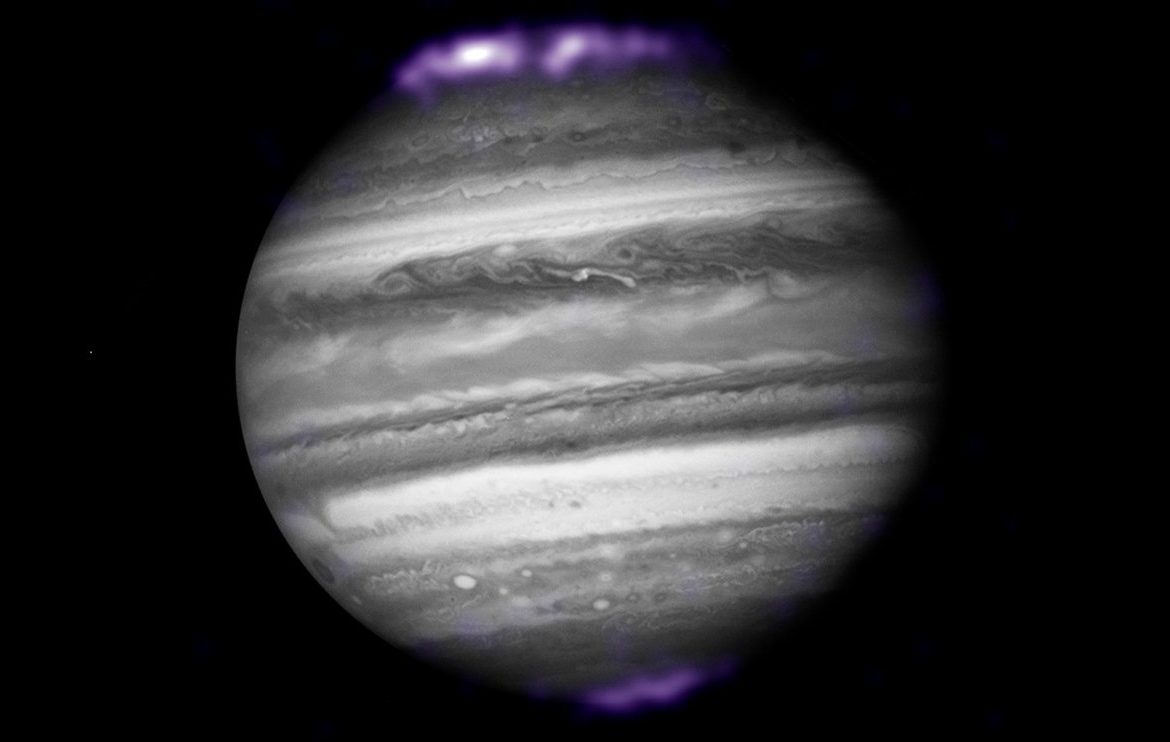 For 40 years, the intense auroras of Jupiter have intrigued astronomers around the world. Scientists knew that this phenomenon was caused by the collision of ions with the atmosphere of the gas giant. However, it was not clear how the ions responsible for the emergence of X-rays enter the atmosphere. Today, we already know the solution to this problem.

The phenomenon of aurora borealis has been detected on seven planets in our solar system. Some of them are visible to the human eye, while others generate electromagnetic waves, which can only be observed with specialized telescopes. The shorter the wave emission, the more energy is required. The most powerful aurora borealis in the solar system consists of Jupiter. It is also the only gas giant in our planetary system that emits X-rays.

The fascination with the X-ray emission of Jupiter’s aurora borealis has persisted since the phenomenon was discovered four decades ago. Scientists knew that the majestic lights at the planet’s poles were caused by ions striking the giant’s atmosphere. The mystery was how these ions entered the atmosphere.

On Earth, the aurora borealis can be observed mainly outside the arctic circles, in a belt located between 65 and 80 degrees latitude. Above the upper end of this range, the aurora borealis emission disappears. This is because the Earth’s magnetic field lines leave it and merge with the magnetic field from the solar wind, a steady stream of electrically charged particles that the sun throws out. We call these lines the open field lines. For this reason, the polar regions of Jupiter, located at high latitudes, should not issue noticeable auroras.

However, Jupiter’s X-ray auroras differ from those on Earth. These occur around the poles of the planet and are pulsating. Moreover, the phenomenon in the Arctic often differs from that in the Antarctic. This is typical of a closed magnetic field where a line from one pole of the planet meets the other. All planets with magnetic fields have both open and closed field components.

The team that investigated the phenomenon used computer simulations. The pulsating X-ray aurora borealis were found to be associated with closed magnetic fields generated within Jupiter that extend millions of miles into space before returning to the planet. The researchers combined data obtained by the Juno probe with that collected by XMM-Newton between July 16 and 17, 2017. During these two days, XMM-Newton observed Jupiter continuously for 26 hours, recording X-ray pulses every 27 minutes. At the same time, the Juno probe traveled from 4.4 to 4.8 million kilometers over a specific region of the planet. It was an important impulse firing region as suggested by the simulation. So Juno’s data was searched for magnetic processes occurring at the same rate as those recorded by XMM-Newton.

It turns out that fluctuations in Jupiter’s magnetic field contributed to the formation of the pulsating X-ray aurora. Solar wind particles directly collide with the outer boundary of the magnetic field, causing compression in the process. These compressions heat the ions trapped in the giant magnetic field, located millions of kilometers from the planet’s atmosphere.

See also  Distance learning "mock teaching"? Minister Czarnik reveals the group that turns out to be the least effective

This process produces a phenomenon called EMIC (Electromagnetic Ion Cyclotron) waves. Particles are directed along field lines. In this way, the ions follow the EMIC wave, traveling millions of kilometers before they hit the planet’s atmosphere, creating the aurora borealis in X-rays.

So a chain of events takes place. First, pressure occurs, then an EMIC wave is triggered, we detect the ions and then notice their pulse moving along the field line. The result is an X-ray flare that is noticed after a few minutes. The detected element will be used for the process of formation of the aurora borealis of Jupiter to study other phenomena. For example, one of Saturn’s moons, Enceladus, shoots water into space, filling Saturn’s magnetic field with ions.

Don't Miss it Italy will host the World Cup with Saudi Arabia? ‘They can make such an offer’
Up Next Release date, synopsis and trailer for new series from Harlan Coben and Netflix