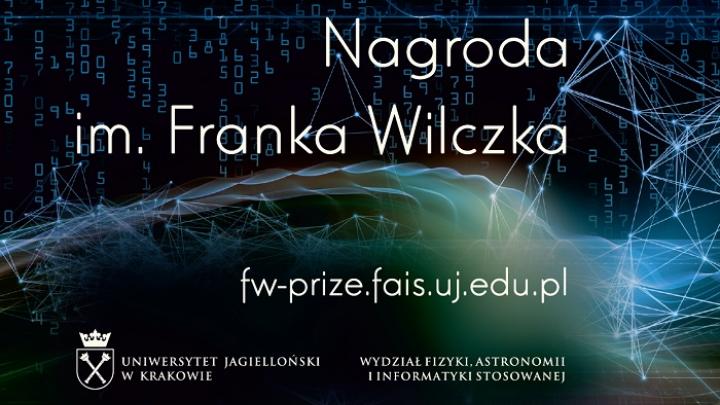 Authors of significant discoveries in physics, astronomy, or related fields of science can be submitted to Frank Wilczek. worth 12 thousand. In total dollars, the award is funded by the Jagiellonian University School of Physics, Astronomy and Applied Computer Science and the Kościuszko Foundation.

Nomination is considered for a single significant achievement in physics, astronomy, or similar fields, by a scientist alone or in collaboration. In the case of collaboration, the candidate’s contribution to achievement must be clearly identified, leadership and absolutely essential to the success of the project as a whole. If the scholar has obtained a PhD, the nomination may not take place after 7 years from the date on which this academic degree was awarded. The competition targets “young scientists”. Candidates must be permanent residents of Poland and have Polish citizenship.

The appointment can be made by an expert with at least a PhD in the field in which the discovery was made. In addition, 3 letters of recommendation from professionals in this major are required. The letter was not prepared by the person submitting the nomination. The nomination form must describe the specific achievement with justification and a list of no more than five publications relevant to the candidate. Documents must be submitted with the candidate’s consent to the following address: [email protected]

The Prize Instructor is Dean of the School of Physics, Astronomy and Applied Computer Science at Jagiellonian University and Professor. Frank Wilczek, American theoretical physicist, winner of the Nobel Prize in Physics.

Scientific achievements of the professor. Wilczek had a decisive influence on the development of the modern theory of elementary particles and fundamental interactions (chromodynamics). Thirty years later he was awarded the Nobel Prize (2004) for his discovery of asymptotic freedom in the theory of strong interactions between quarks, which he made with David Gross and described in his doctoral thesis.

Professor Frank Wilczyk was born on May 15, 1951. He is the descendent of Polish and Italian immigrants. He received his BA in Mathematics from the University of Chicago in 1970. Two years later he received his MA in Mathematics from Princeton University. At the same university he received a doctorate in physics (1974) and the position of professor (1989). Since 2000, he has been a professor at the Massachusetts Institute of Technology (MIT), the Center for Theoretical Physics.

The professor is also famous for science. Together with his wife, Betsy Devine, he wrote the book In Search of Harmony, in which he compared scientific creativity and explained phenomena from the small world to the big world with the composition of symphonies through the synthesis of harmonies and musical themes.

More information about the competition at http://fw-prize.fais.uj.edu.pl